Directed and written by Screen International’s Horror Rising Star nominee Tom Paton (Pandorica) and produced by Brussels-based Stern Pictures, the film charts the story of two backpackers in a secluded national park who disturb a nest of hungry vampires.

The film, whose trailer has racked up more than 300,000 online views, will premiere to buyers at the American Film Market (AFM).

Paton said: “Redwood has received such a huge wave of attention from the genre scene, that it really needed the right partner to bring it to market. I couldn’t think of a better home than Carnaby and I’m excited to work with Andy and the team.”

Andrew Loveday, CEO, Carnaby International added: “We are enormously proud to be working alongside such a talented team on this picture. Following its world premiere at FrightFest, there’s been a real buzz about this feature and we’re excited to bring it to market.” 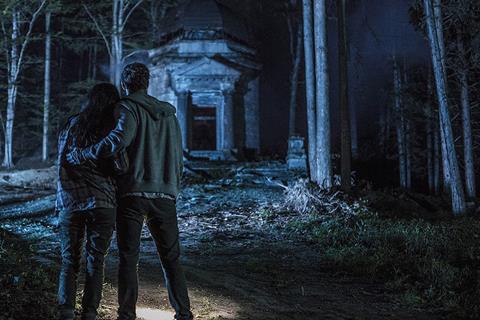