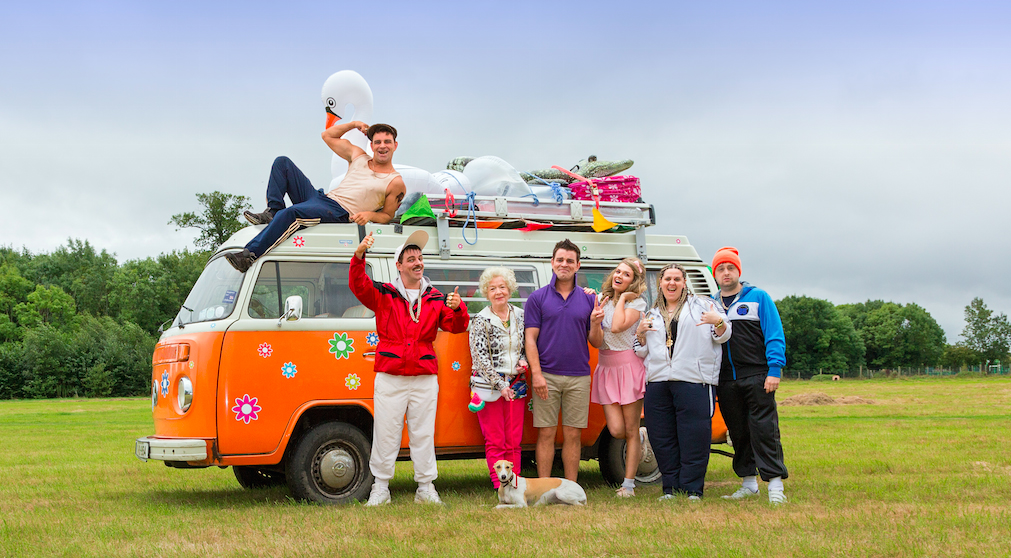 The film, which started as a YouTube skit before getting picked up for two seasons by broadcaster RTÉ, is scheduled to open in theaters across Ireland on St. Patrick’s Day 2018. Before then, Damo & Ivor: The Movie will be screened at the American Film Market next week.

Blue Ink Films and Parallel Films are co-producing the film with Ruth Carter as producer and Johanna Hogan and Alan Moloney as executive producers.

Following the lives of identical twin brothers separated at birth, the film picks up their story just as they’re about to embark on a journey across Ireland in search of their long lost brother, John Joe.

CEO of Carnaby International, Andrew Loveday, said: “We are enormously excited to be bringing Damo & Ivor to market. Andy Quirke is an inspired comedic writer and this really translates on screen in this laugh-out-loud funny and heart-warming picture.”

In addition to Quirke, who plays both Damo and Ivor, the film also stars Ruth McCabe (Philomena), Tina Kellegher (In The Name Of The Father) and Simon Delaney (The Conjuring 2).

The film is supported by the Irish Film Board, RTÉ and the Broadcast Authority of Ireland.

Directors Ronan and Rob Burke commented: “Carnaby has been passionate about our film from the start and we are so excited to be working with them. We would love Damo & Ivor to reach as wide an audience as possible and Carnaby are the perfect company to make this happen.”