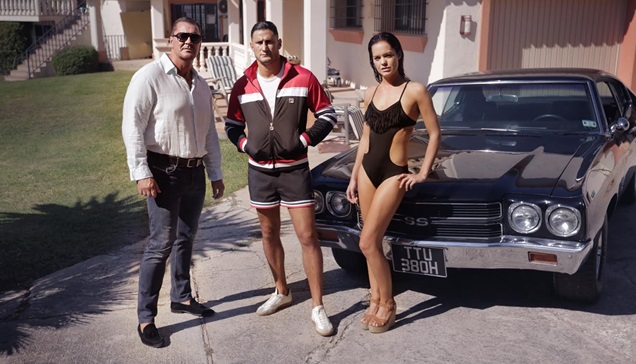 Principal photography has started on the third instalment in the lucrative UK crime franchise; Carnaby to sell at AFM.

The five week shoot will take place in London and Marbella. This will be the third instalment in the franchise.

The film is based on the real-life story of the Rettendon Triple Murders, known as the ‘Range Rover murders’. Rise of the Footsoldier: The Beginning tells the story of Tate’s rise to notoriety in Essex gangland. Set in Marbella in 1988, the story focuses on Essex gangster Pat Tate attempting to smuggle a batch of ecstasy tablets into the UK. When he is double crossed by his suppliers, he is hunted down and imprisoned by police. Behind bars, he makes new alliances and a mastermind plot to take control of the Essex drugs war.

Directed by Zackary Alder (The Rise of the Krays) with screenplay by Julian Gilbey, Rise of the Footsoldier: The Beginning is produced by Carnaby International’s Andrew, Mike and Terry Loveday as well as Tiernan Hanby (Snow in Paradise).

Rise of the Footsoldier Part II, released by Signature in 2015, sold more than 50,000 units in one week, while the first instalment in the series has sold more than one million units in the UK to date.

Carnaby International will be pre-selling the film and screening first footage at the American Film Market in November.

Signature Entertainment are on board to distribute the title in the UK.

Director Zackary Alder commented: “I am thrilled to be partnering again with Carnaby films who are passionately reinventing the wheel for the British gangster film genre.”