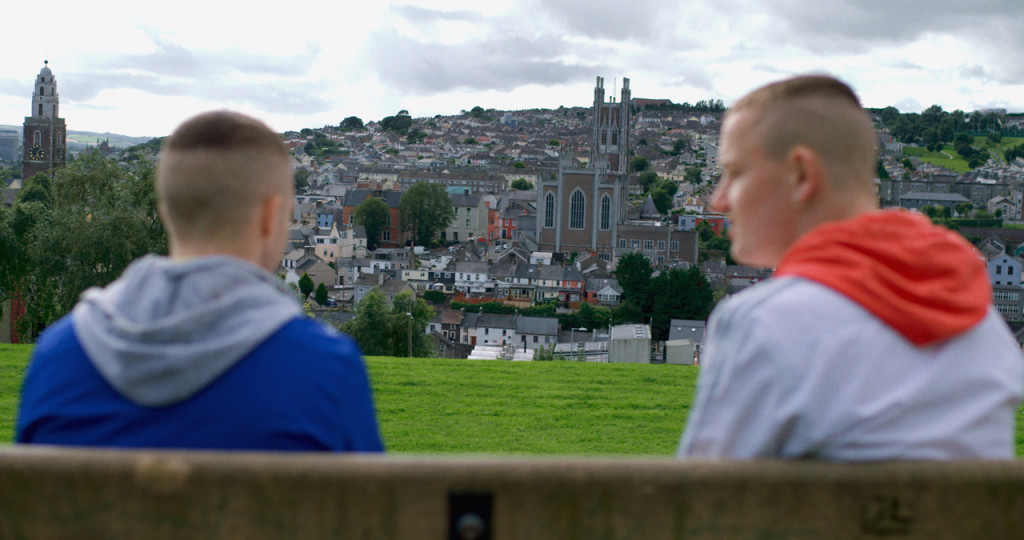 ” Raucously funny and winningly played, this is the best Irish comedy since Sing Street.”

Cork scallies Conor MacSweeney (Alex Murphy) and Jock Murphy (Chris Walley) cycle to the coast in search of a washed-up bale of cocaine, only to be pursued by a dogged Garda sergeant (Dominic MacHale) and a disabled drug dealer (PJ Gallagher) with a nail gun.

Only a handful of memorable movies have been filmed in County Cork, but writer-director Peter Foott’s debut deserves to be mentioned alongside John Huston’s Moby Dick, John Roberts’s War of the Buttons, Ken Loach’s The Wind That Shakes the Barley and Neil Jordan’s Ondine. Despite taking its cue from the 2007 seizure off the West Cork coast of a record €440m-worth of cocaine, this freewheeling tale also owes much to such comic pairings as Laurel and Hardy, Craggy Island clerics Ted and Dougal and Lenny Abrahamson’s Dublin wasters, Adam & Paul.

Bonding because everyone else thinks they’re eejits, 15 year-olds Alex Murphy and Chris Walley dream of living in a mansion with topless girls and an English butler. In reality, Walley steals bikes to ease the pain of being abused by drunken father Michael Sands, while Murphy trades insults with widowed mother Hilary Rose, who runs a market fish stall and considers Walley a bad influence on her impressionable son. She’s right to be concerned, as who else would think of cycling 100 miles to Three Castle Head on the off chance of finding a bale of coke washed up from a captured trawler?

Once Murphy and Walley have an idea in their heads, however, there’s no shifting it and Foott follows their misadventures with a wittily non-judgemental empathy, as encounters with sticky lollies and confused chickens preface more menacing confrontations with a jobsworthy cop, a clubfooted drug dealer and a neighbourhood thug. The dialogue is as sharp as Paddy Jordan’s views of the Munster countryside, while the young leads are well worth a re-teaming. But what most impresses is the way Foott nimbly exploits every seemingly insignificant detail in slotting together the hilariously convoluted plot.