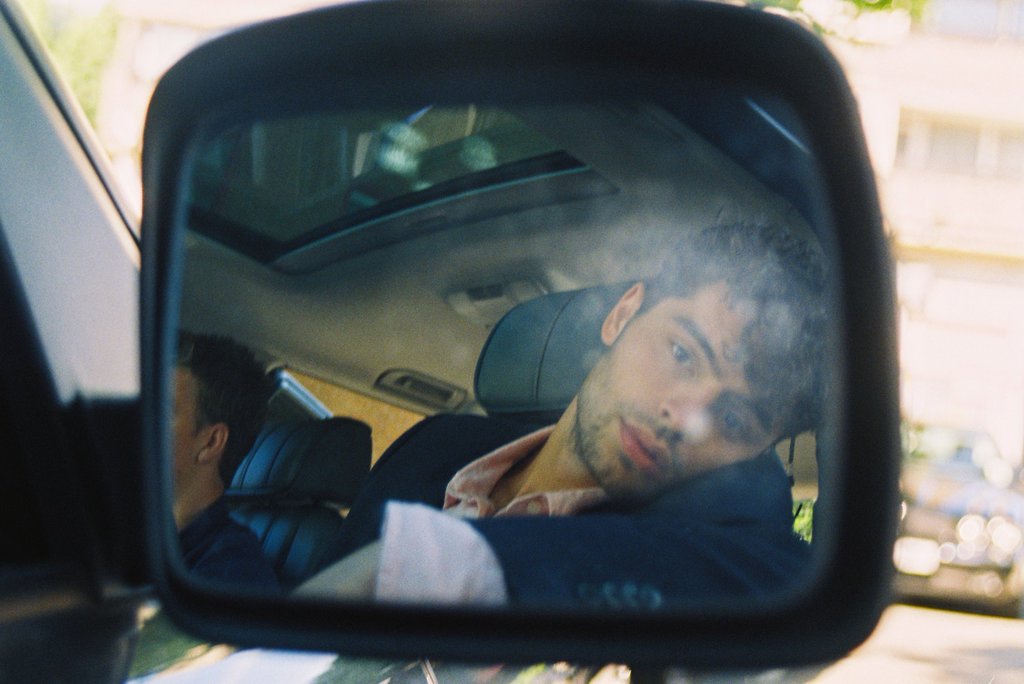 Sebastian de Souza’s writing debut, Kids in Love, has taken a while to reach the screen. The ex-Skins actor co-wrote the script as a teenager with his childhood pal Preston Thompson, shot it back in 2013 and next Friday it will finally be released. Yet despite the delay Kids In Love is perfectly timed.

London needs a colour-saturated, sun-drenched fairytale now more than ever. The fact that the film also revolves around a cross-channel romance, makes Lancaster Gate look like Lake Como and features the capital’s own international It Girl export, Cara Delevingne, as good as screams “London is open”. Sadiq Khan would approve.

“I haven’t thought about how it now must look now,” says De Souza when we meet a Soho hotel. It’s a few weeks since he saw the final cut at a screening in pre-Brexit Edinburgh and he’s still mulling it over. “There’s something deeply, deeply exciting about London. There’s an energy to it, everyone’s on the street, everyone exists so cheek-by-jowl and I hope some of that comes across in the film. Hopefully that won’t change.”

De Souza, now 23, projects his own cosmopolitan cool, with the looks of a Mediterranean matinee idol (he has Indian, French and Irish heritage) and a relaxed RP accent of a Made in Chelsea regular. But he’s particularly full of LDN love having spent a lot of time in LA recently working on new projects: “In comparison with London, it’s not a city; it’s like a motorway.”

London loyalties aside, this part-time move represents an exciting juncture in a career which began with the role of Matty Levan in Channel 4’s Skins. That ground-breaking teen show was smart enough to beguile grown-ups (specifically casting directors) and was a launch pad for several other British talents, including Jack O’Connell and Dev Patel.

From there, De Souza was cast as heart-throb Alfonso of Aragon in The Borgias, Sky Atlantic’s steamy historical drama, with film work following suit. “I seem to end up playing mysterious bad boys. I don’t know how it’s happened because I’m really so un-mysterious and I’m really not cool at all.”

It was on the set of 2014’s energetic crime caper Plastic that he met Kids in Love’s star Will Poulter. De Souza has a supporting role as smooth love rival Milo but it’s Poulter, as Jack, the slightly befuddled west London school leaver who seeks his fortune in Hackney Wick’s warehouse scene, who is the story’s emotional centre. “Will is a genius and I’m his groupie. That’s how it works, basically,” says De Souza. “He just brings such truth to everything he does and I think he did in this… He’s a real actor. I mean, I can’t really act. I sort of potter about and do this job and that job and people are very sweet to even think of me.”

That sort of self-deprecation is characteristic of De Souza’s charm but it obscures the real nature of his accomplishment. While Poulter’s central performance is undoubtedly an asset to Kids in Love, De Souza and Thompson’s script has provided the up-and-coming actor with a perfect showcase for his boyish, everyman star power.

It’s also a gift to Delevingne, who, as Viola, was able to parlay her party girl reputation into some substantial screen acting experience (Kids in Love was shot before both Paper Towns and Suicide Squad).

De Souza doesn’t follow the tabloid stories about his co-star. “What I find most interesting about Cara is that she’s actually an innovator. She did something new, which was to not just be a model, to kind of use that platform to do loads and loads of different things.”

But he will admit that, along with the rest of the young cast, the pair did “a fair amount of going out” between early morning calls. Is he part of the squad now? “Actually, good point. Not really. I should call her up and ask her why I haven’t met Rihanna.”

De Souza talks up his co-stars like a seasoned luvvie but then, despite his youth, he’s already a showbiz veteran of seven years standing. Skins made him financially independent while he was still at school, which led, he says, to a “fraught” relationship with his composer father and educational psychologist mother. “I didn’t go off the rails any more than any other 16-year-old but I wouldn’t wish it on my own children… I was made to feel like an adult a little bit too early, y’know?”

These days he treasures time spent with his family and is determined to stay connected with ordinary life. “I try and spend as much time with people who aren’t actors as possible. I really, really want to marry a teacher or a doctor, or a lawyer. Well, not a lawyer, ’cos lawyers are… I just think it gives you great perspective.”

Even by the standards of the model-slash-actor-slash-wellness-guru crowd he sometimes runs with De Souza is a prolific multi-tasker. Acting is “really how I pay the rent”, but there’s also the screenwriting, providing vocals for house-music records, a production company in partnership with Poulter, a brand management company, and now a novel in the works. Or rather, four. “I hope it will be one story in four parts,” he explains.

What motivates this impressive creative whirlwind? “I don’t really feel like I do that much, babe,” he sighs. “It’s the only way I can think of existing when I wake up in the morning.”

There’s that self-deprecation again. Although in De Souza’s case it’s elevated above the standard actorly shtick by a very genuine sense of gratitude. He says the word “lucky” 10 times during our conversation and it seems it’s this appreciation for all the opportunities that life has so far presented which really motivates his industry. “It’s not a masterplan, but I just figure if people are mad enough to let you do it, you might at least have a go at doing it all, y’know?”