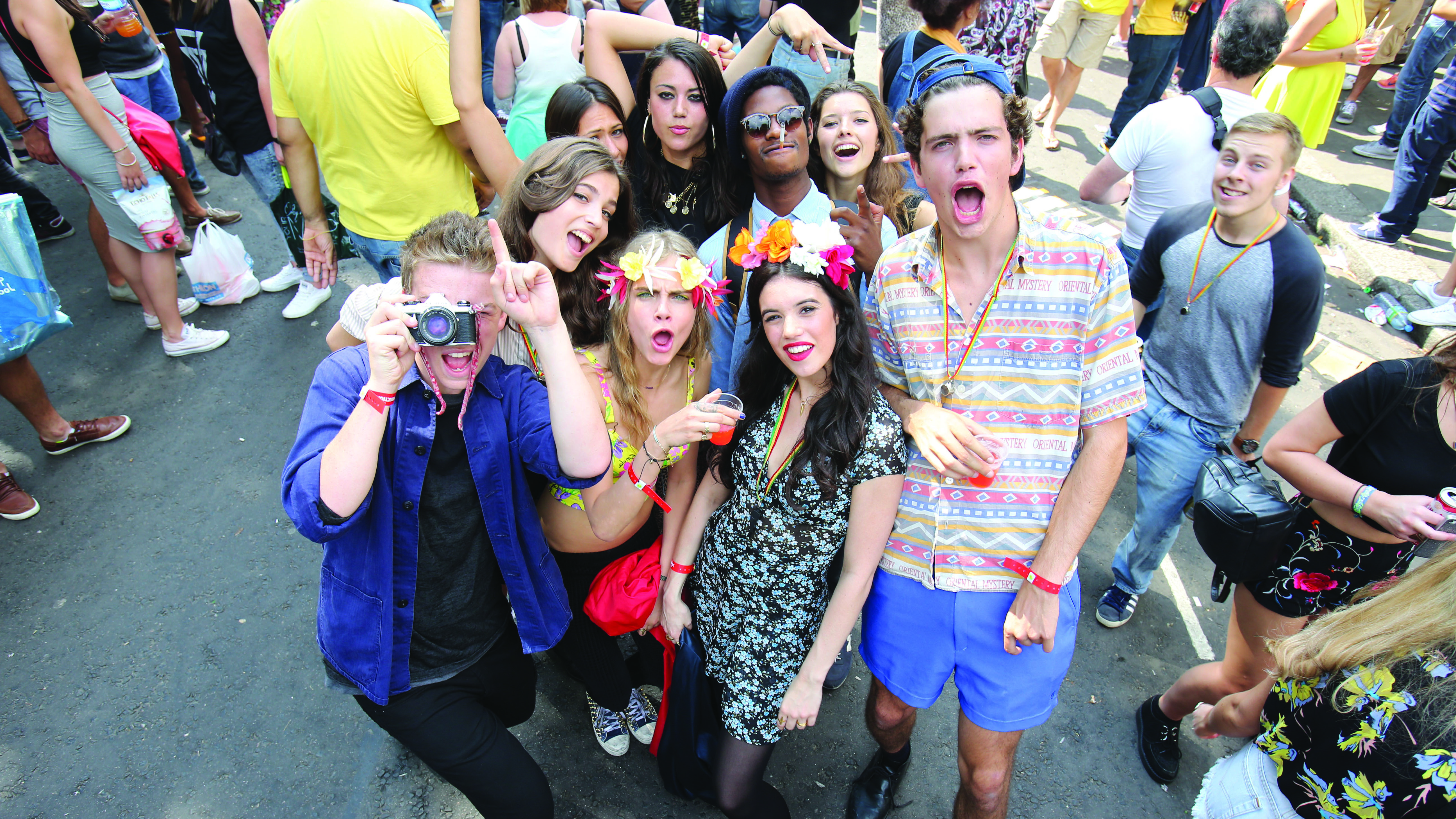 Kids in Love takes you back to a time when it’s possible to become completely beguiled and enamoured by new people. Now, we sneer at fellow passengers on the tube and die a little bit inside if anybody attempts to strike up a conversation – but there was a period in our lives when new equated to exciting, and it’s this notion Chris Foggin’s feature debut thrives on. Encapsulated most prominently in how our protagonist Jack (Will Poulter) falls head over heels in love, during a time where everything seems to mean more than it ever has, or ever will.

Jack has just finished his A-Levels and is readying himself for a move to Bristol University in the Autumn, wanting to live out one final summer of freedom before the rest of his life begins. His father wants him to do an internship at a law firm, his best friend Tom (Jamie Blackley) wants to travel around South America, but he’s yet undecided, still hoping to be inspired by something, or someone. Then he meets Evelyn (Alma Jodorowsky), a French teenager who, while going out with Milo (Sebastian De Souza), has evidently taken a liking to Jack.

He immerses himself within this new group of friends, headed up by the eccentric womaniser Cassius (Preston Thompson) and the alluring duo of Elena (Gala Gordon) and Viola (Cara Delevingne). Much to the displeasure of his parents, and Tom, Jack becomes embroiled in this new world, reconnecting with his love of photography, and attempting to keep up with the fast-paced spontaneity of it all. He’s also wishing, desperately, that Evelyn breaks up with Milo and turns her attentions to him.

Though you’re unsure about this particular, bohemian group of freewheeling, wannabe troubadours, thankfully it works as we’re adopting the perspective of a relatable character in Jack and his somewhat naïve, almost blissful outlook on life. He represents normality amidst this sea of pretension, and we feel as he does, a spectator of sorts, as though constantly at a party you haven’t been invited to. But as he warms to the group and becomes more accepted, in turn, so do we and the film takes on a charm of sorts, and suddenly the deliberately overstated character creations seem endearing, and a part of this fantasy we’re living out through our entry point.

This notion of this being a fantasy of sorts lets the film off the hook in many cases, as Kids in Love represents a London that doesn’t feel very authentic, nor accessible. As somebody who has grown up just around the corner from Ladbroke Grove – where this narrative unravels, it doesn’t feel like a London that seems particularly familiar. I’m still waiting to go to a party and be whisked away to the dance-floor by Cara Delevinge. I definitely had the wrong friends.

Poulter shines in the leading role, remaining empathetic and absorbing throughout. His distinct affability is essential too, in ensuring we invest in the paramount romance with an insanely hot girl, making it seem all the more believable. The fact he remains so relatable makes it seem almost plausible, as though it could have happened to any of us. He becomes slightly less endearing as we progress and we start questioning his decisions and he becomes painfully self-absorbed, but it’s vital he remains flawed, plus, he’s earned our investment from the earlier stages, which comes in rather handy later on.

Friends in Love is written by two of the lead stars in Thompson and De Souza, and as such comes free of hindsight nor nostalgia; this is not a piece written by an adult looking back with an affectionate, wiser eye on their youth, but by youngsters living out this lifestyle now. Though that can be to the film’s detriment in parts, it also adds significantly to the film’s undeniable charm.