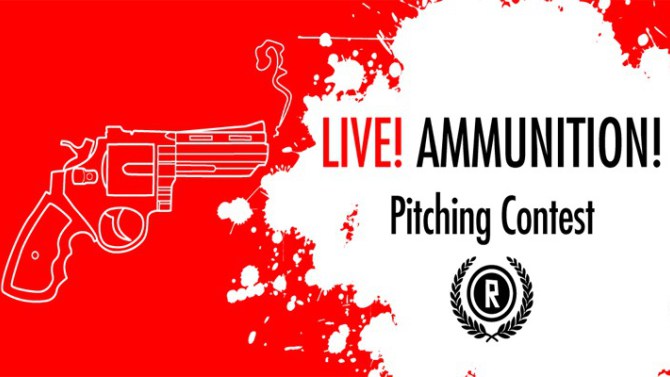 One of the more boisterous events in the Raindance line-up is Thursday’s Live Ammunition panel (6pm, Sept. 29, Screen 4m, Vue Piccadilly), now a festival staple and one of three such events run by the organisation every year, including an offshoot that takes place in the German capital during the Berlin film festival. Top three winning pitches each receive a £100 Raindance voucher and will gain entry into the second round of the ‘Perfect Pitches’ competition in February 2017, plus a chance to participate in a prize pool of £100,000 and for their production to be developed, produced and distributed.

But other than that, little can be predicted about the night, which is why events producer Georgina Bednar advises filmmakers to get there early. “We’ll start the queue an hour before,” she says. “Filmmakers arrive, they take a ticket, and the first 25 get to pitch. They can’t register their films in advance – they register on arrival their name, their email and their concept – so we genuinely don’t know what’s going to happen. It’s completely random.”

The nature of the projects is also random. “Feature films generally get pitched,” notes Bednar, “and the panel is made up of producers, distributors and filmmakers, so there is a more mainstream kind of angle usually. But the weird and the wonderful has also been pitched over time.”

As is now customary for every pitching session, there is a time limit, and Live Ammunition’s rules are stricter than many. “At some events, everyone gets to pitch for 90 seconds,” says Bednar, “and then it’s like a marathon event, which has its own charm. But because it’s a festival event we’re curtailing it a little bit, which means that 25 people will get to pitch for two minutes. They also put a fiver in a hat, so the winner takes the cash, as well as the accolade of winning. It means there’s a good fun, high-octane kind of atmosphere.”

So what do prospective pitchers need to know? “It’s the classic elevator pitch,” she says. “It’s got to be on point, and the aim is that this is proper industry-connecting. You should be going into this event thinking that your film is going to get made, you’re not just doing it for a laugh. It’s not just for show – films do come out of this. Keep it concise and professional, but you’re going to need that special twinkle to get the panel’s attention.” Above all, though, it’s an event that requires participants to keep a cool head. Says Bednar, “As much as it should be competitive, and the stakes are high, everyone should walk out shaking hands.”