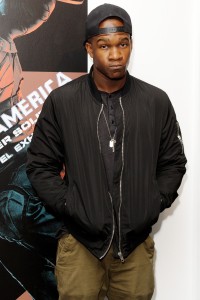 Osy has spent the year shooting leads opposite Nicholas Hoult and Robert Sheehan in Kill your Friends and Jet Trash respectively. He is currently shooting a grown-up’s version of Tarzan, featuring Alexander Skarsgard and Margot Robbie, in which Tarzan is called back to his former home in the jungle (scheduled for release in 2016).