Rise of the Footsoldier: Origins

The origin story of how Tony Tucker, Rolfie, and Pat Tate unite to form their own firm…

Vinnie Jones joins the cast as Bernard O’Mahoney, a real-life character who was linked to one of the three men murdered in the infamous Range Rover killings. Alongside will be Terry Stone, Roland Manookian and Craig Fairbrass, who all reprise their leading roles from previous instalments in the franchise, along with Conor Benn. 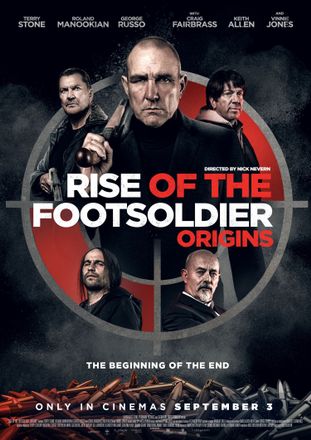